theory
In ordinary speech, a theory is just a speculation. The police inspector in a Miss Marple mystery always has a theory about who committed the murder which turns out to be wrong.

But in science the word “theory” plays a very different role. What most of us call “theories” are termed “hypotheses” until enough evidence has been accumulated to validate them and allow them to assume the status of theories: scientifically acceptable explanations of phenomena. Examples: the theory of gravity, the wave theory of light, chaos theory.

Foes of evolutionary science often insist that the theory of evolution is invalid because it is “only a theory.” This merely demonstrates their lack of knowledge of scientific usage and hence will not impress any scientifically literate person. 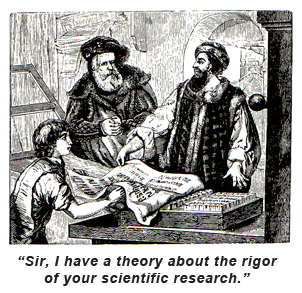