This Week: More Language of Health Care on the Podcast + tradegy/tragedy

tradegy/tragedy
Not only do people often misspell “tragedy” as “tradegy,” they mispronounce it that way too. Just remember that the adjective is “tragic” to recall that it’s the G that comes after the A. Also common is the misspelling “tradgedy.” 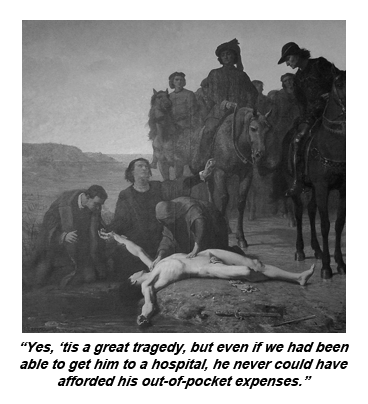 This Week: More Language of Health Care on the Podcast + boost in the arm/shot in the arm

boost in the arm/shot in the arm
Early in the 20th century it used to be common for people feeling a bit run-down to go to the doctor to get injected with a stimulant. By 1916 this remedy had led to a saying according to which a positive stimulation of almost any kind could be called “a real shot in the arm.”
We still use this expression in a wide variety of ways. It can refer to an increase of business in a company, to a stimulus administered to the economy, to the hopes of a sports franchise or a politician running for office.

A simpler way of expressing the idea is to refer to a stimulus as a “boost.” Examples: “the flowers on my birthday gave my spirits a real boost,” “the large donation by the pharmaceutical company gave his campaign a major boost,” “the President is looking for ways to boost the economy.”
It’s easy to understand how these two expressions came to be confused with each other in the popular form “a boost in the arm.” After all, we go to the doctor for a booster shot. But the boost in this expression is a shove from underneath to raise the whole body, not a needle in the biceps. It makes more sense to stick with the traditional expression “a shot in the arm” or to simply use “boost.” 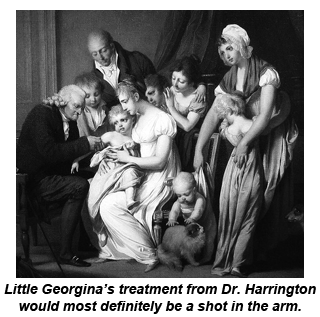 This Week: The Language of Health Care on the Podcast + anecdote/antidote

anecdote/antidote
A humorist relates “anecdotes.” The doctor prescribes “antidotes” for children who have swallowed poison. Laughter may be the best medicine, but that’s no reason to confuse these two with each other. 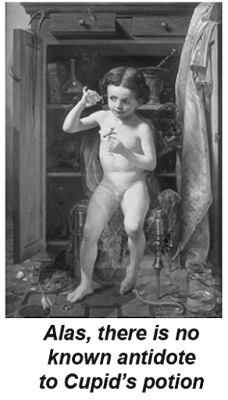 On the podcast this week, we discuss health care terms.
Posted by Tom at 12:00 AM No comments:

genius/brilliant
In standard English “genius” is a noun, but not an adjective. In slang, people often say things like “Telling Mom your English teacher is requiring the class to get HBO was genius!” The standard way to say this is “was brilliant.”

On the podcast this week, we discuss some smart words.
Paul Brians’ latest blog posts discusses how media treats indelicate language.
Posted by Tom at 12:00 AM No comments:

This Week: More Stupid Adjectives on the Podcast + gull/gall

gull/gall
“How could you have the nerve, the chutzpah, the effrontery, the unmitigated gall to claim you didn’t cheat because it was your girlfriend who copied from the Web when she wrote your paper for you?”

This sense of “gall” has nothing to do with seabirds, so don’t say “How could you have the gull?”

On the podcast this week, we discuss more adjectives to describe stupidity.