torchiere/torchère
Consumers and dealers who call tall floor lamps torchieres undoubtedly think they’re being sophisticated, but the French word is simple torchère (originally meaning “torch-holder”). Because of widespread confusion about this word you’ll have to search for both spellings on the Web when you’re shopping.
Posted by Tom at 12:00 AM No comments:

boost in the arm/shot in the arm: The Weekend Edition—Common Errors in English Usage Entry for Friday–Sunday, March 28–30, 2014

boost in the arm/shot in the arm
Early in the 20th century it used to be common for people feeling a bit run-down to go to the doctor to get injected with a stimulant. By 1916 this remedy had led to a saying according to which a positive stimulation of almost any kind could be called “a real shot in the arm.”

We still use this expression in a wide variety of ways. It can refer to an increase of business in a company, to a stimulus administered to the economy, to the hopes of a sports franchise or a politician running for office.

A simpler way of expressing the idea is to refer to a stimulus as a “boost.” Examples: “the flowers on my birthday gave my spirits a real boost,” “the large donation by the pharmaceutical company gave his campaign a major boost,” “the President is looking for ways to boost the economy.”

It’s easy to understand how these two expressions came to be confused with each other in the popular form “a boost in the arm.” After all, we go to the doctor for a booster shot. But the boost in this expression is a shove from underneath to raise the whole body, not a needle in the biceps. It makes more sense to stick with the traditional expression “a shot in the arm” or to simply use “boost.”

self-steam/self-esteem
If you bask in the sauna, you may self-steam. But the expression labeling people’s opinions of their own worth is “self-esteem.”

“Self-esteem” is also sometimes misspelled “self of steam.” 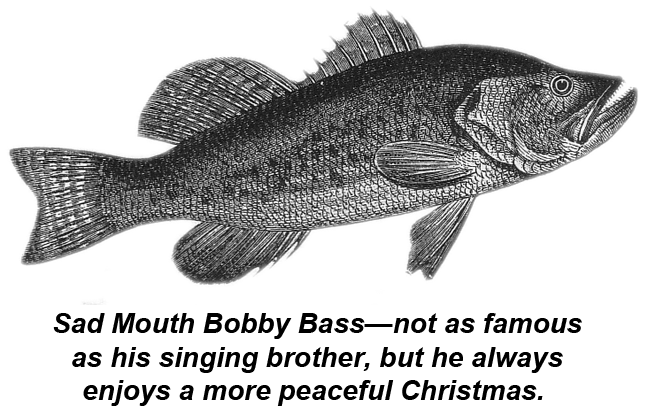 crucifiction/crucifixion
One might suppose that this common misspelling was a product of skepticism were it not for the fact that it most often occurs in the writings of believers. The word should make clear that Jesus was affixed to the cross, not imply that his killing is regarded as a fiction.

paralyzation/paralysis
Some people derive the noun “paralyzation” from the verb “paralyze,” but the proper term is “paralysis.”
Posted by Tom at 12:00 AM No comments:

gerunds & pronouns
This is a subtle point, and hard to explain without using the sort of technical language I usually try to avoid; but if you can learn how to precede gerunds with possessive pronouns, your writing will definitely improve in the eyes of many readers.

Verb forms ending in “-ing” can function as nouns and are sometimes preceded by pronouns. Such verb/noun forms are called “gerunds.” You’ll often see sentences like this: “I didn’t appreciate him returning the car with the gas tank empty.” But “returning” is a gerund, so it should be preceded by a possessive pronoun: “I didn’t appreciate his returning the car. . . .” Other examples of standard usage: “Their coming to my birthday party was a nice surprise.” “I didn’t like his being rude to his teacher.” “They weeded the garden without our having to tell them to.” “Coming,” “being,” and “having” are all gerunds, and require preceding possessive pronouns (“their,” “his,” and “our”). If a person’s name appears just before the gerund, that too needs to be in the possessive form: “We’re excited about Bob’s winning the tournament.”

Not all verb forms ending in “-ing” are gerunds. Some are present participles, and function as adjectives: “a sailing ship,” “a running joke,” “aching back.” These can be preceded by possessive pronouns (“my aching back”), but few people are tempted to use a non-possessive pronoun in this context except in certain dialects (“me aching back”).

Confused? Try this simple rule of thumb: if you have to put a pronoun or noun in front of an “-ing” word, try a possessive one first. If the “ing” word seems like a thing or an action that could be possessed, it’s probably a gerund. If using a possessive form makes sense, go with it.

poo-poo/pooh-pooh/pupu
The toddler with a soggy diaper proudly announces “I go poo-poo!”

The skeptic is inclined to pooh-pooh outlandish ideas. Don’t mix up matter for skepticism with material for the septic system.

A selection of snacks served on a wooden platter in a Chinese restaurant is called a “pupu platter”—a custom and word that made its way to the mainland US from Hawaii.
Posted by Tom at 12:00 AM No comments:

ying and yang/yin and yang
The pair of female and male terms in Chinese thought consists of “yin and yang,” not “ying and yang.”
Posted by Tom at 12:00 AM No comments:

patience/patients
Doctors have patients, but while you’re waiting to see them you have to have patience. 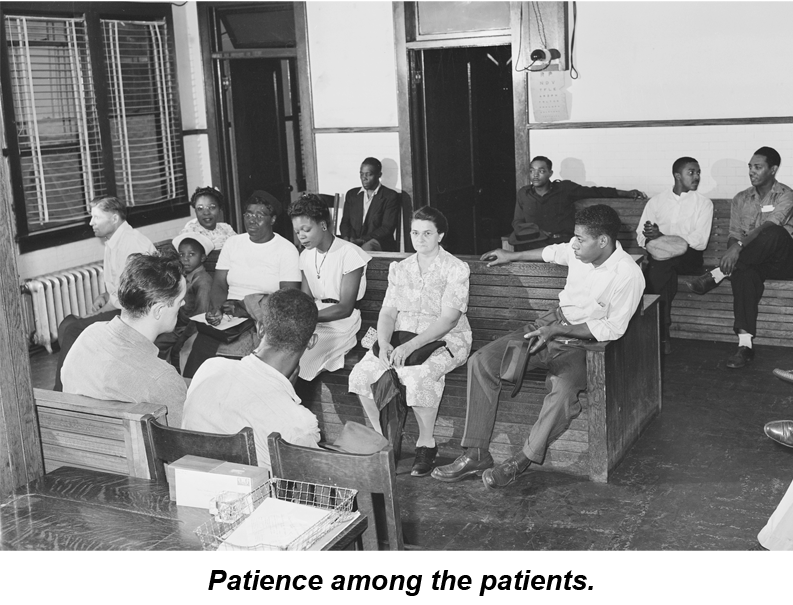 goal/gaol
UK writers are increasingly using the American spelling “jail” instead of “gaol.” This should be helpful for those who sometimes absentmindedly type “goal” when they mean to write “gaol.”
Posted by Tom at 12:00 AM No comments:

who/that
There are many instances in which the most conservative usage is to refer to a person using “that”: “All the politicians that were at the party later denied even knowing the host” is actually somewhat more traditional than the more popular “politicians who.” An aversion to “that” referring to human beings as somehow diminishing their humanity may be praiseworthily sensitive, but it cannot claim the authority of tradition. In some sentences, “that” is clearly preferable to “who”: “She is the only person I know of that prefers whipped cream on her granola.” In the following example, to exchange “that” for “who” would be absurd: “Who was it that said, ‘A woman without a man is like a fish without a bicycle’?”* 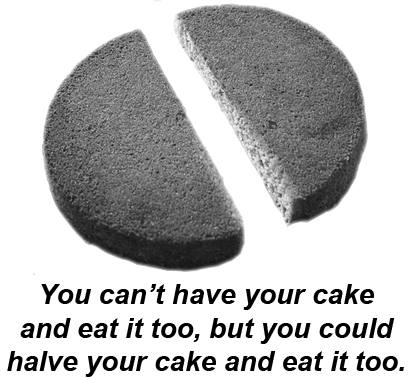 tooken/took/taken
“Hey, Tricia! Ted couldn’t find his parrot so he’s tooken your toucan to show and tell!” “Tooken” is a non-standard form of “taken.”

In fact, there are two past-tense forms of “take” which shouldn’t be mixed up with each other. For the simple past you need “took”: “Beau took a course in acoustics.” But if a helping verb precedes it, the word you need is “taken”: “he has taken some other courses too.”
Posted by Tom at 10:14 AM No comments:

expensive, cheap
A costly item is expensive, but the price itself is not expensive; neither does a cheap item have a cheap price. Prices are high or low, not expensive or cheap.
Posted by Tom at 12:00 AM No comments:

avocation/vocation
Your “avocation” is just your hobby; don’t mix it up with your job: your “vocation.”

revelant/relevant
“Relevant” matters are related to the subject at hand. “Revelant” is both spoken and written frequently when “relevant” is intended.

Some folks who don’t understand the word “augur” (to foretell based on omens) try to make sense of the common phrase “augurs well” by mangling it into “all goes well.” “Augurs well” is synonymous with “bodes well.” 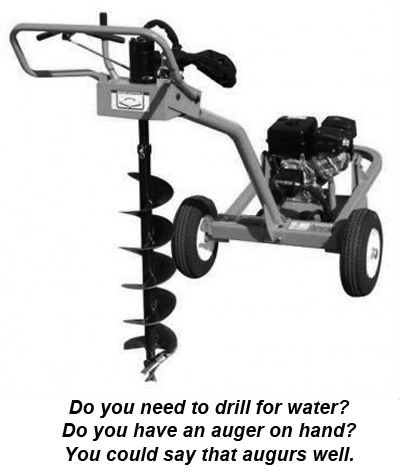