This Week: On the podcast, a history of American comics (Part 1) + hyphens & dashes

hyphens & dashes
Dashes are longer than hyphens, but since some browsers do not reliably interpret the code for dashes, they are usually rendered on the Web as they were on old-fashioned typewriters, as double hyphens (like this: --). Dashes tend to separate elements, and hyphens to link them. Few people would substitute a dash for a hyphen in an expression like “a quick-witted scoundrel,” but the opposite is common. In a sentence like “Astrud—unlike Inger—enjoyed vacations in Spain rather than England,” one often sees hyphens incorrectly substituted for dashes.

When you are typing for photocopying or direct printing, it is a good idea to learn how to type a true dash instead of the double hyphen. In old-fashioned styles, dashes (but never hyphens) are surrounded by spaces — like this. With modern computer output, which emulates professional printing, this makes little sense. Skip the spaces unless your editor or teacher insists on them.
There are actually two kinds of dashes. The most common is the “em dash” (theoretically the width of a letter M—but this is often not the case). To connect numbers, it is traditional to use an “en dash” which is somewhat shorter, but not as short as a hyphen: “cocktails 5–7 p.m.” All modern computers can produce en dashes, but few people know how to type them (try searching your program’s help menu). For most purposes you don’t have to worry about them, but if you are preparing material for print, you should learn how to use them. 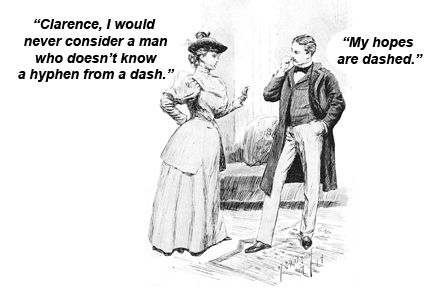 This week on the podcast we talk about Paul’s great interest in comics and cover the early history of American comic strips.
Posted by Tom at 12:00 AM No comments:

This Week: On the podcast, words commonly confused + hairbrained/harebrained

hairbrained/harebrained
Although “hairbrained” is common, the original word “harebrained” means “silly as a hare (rabbit)” and is preferred in writing. 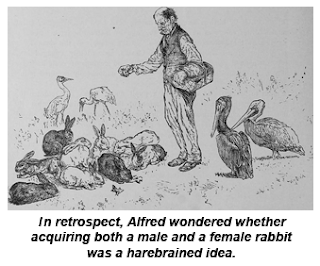 This week on the podcast find out if Paul is reticent to try riding his unicycle in public, or if he is hesitant to do that.
Posted by Tom at 12:00 AM No comments:

This Week: On the podcast, periods and bugs + Internet/intranet

Internet/intranet
“Internet” is the proper name of the network most people connect to, and the word needs to be capitalized. However “intranet,” a network confined to a smaller group, is a generic term that does not deserve capitalization. In advertising, we often read things like “unlimited Internet, $35.” It would be more accurate to refer in this sort of context to “Internet access.” 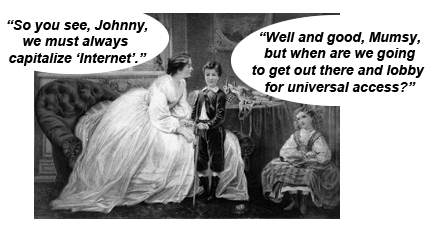 This week on the podcast the topics are the disappearing (?) period and the word bug.
Posted by Tom at 12:00 AM No comments:

This Week: On the podcast, words to bring back + literature

literature
Businesspeople like to refer to advertising brochures and instructional manuals as “literature.” This drives writers and literary scholars nuts, but who else cares? If you should happen to be trying to sell a product to a bunch of English majors, don’t offer them “literature” about it unless it was written by a distinguished author. 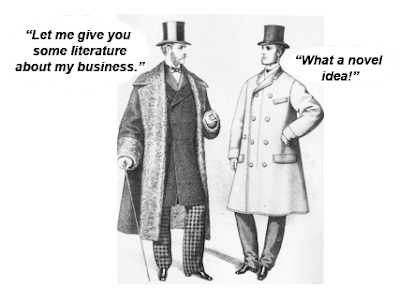 This week on the podcast we discuss words that may need more attention (or not!).
Posted by Tom at 12:00 AM No comments:

This Week: On the podcast, words to banish + aloud/allowed

aloud/allowed
If you think Grandma allowed the kids to eat too much ice cream, you’d better not say so aloud, or her feelings will be hurt. “Aloud” means “out loud” and refers to sounds (most often speech) that can be heard by others. But this word is often misused when people mean “allowed,” meaning “permitted.” 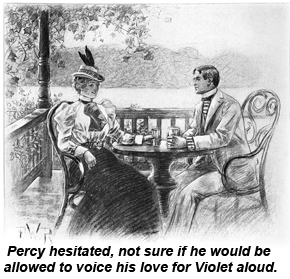 This week on the podcast we ask whether we should banish some words.