suppose to/supposed to
Because the D and the T are blended into a single consonant when this phrase is pronounced, many writers are unaware that the D is even present and omit it in writing. You’re supposed to get this one right if you want to earn the respect of your readers.

reference
Nouns are often turned into verbs in English, and “reference” in the sense “to provide references or citations” has become so widespread that it’s generally acceptable, though some teachers and editors still object.

bow
When it shoots arrows, plays your violin, or secures your shoelaces, “bow” rhymes with “go.” When it’s a respectful bending of the body or the front end of a ship, it rhymes with “cow” and sounds just like the “bough” on a tree.

anyone/any one
When it means “anybody,” “anyone” is spelled as a single word: “anyone can enter the drawing.”

But when it means “any single one,” “any one” is spelled as two words: “any one of the tickets may win.”

morays/mores
The customs of a people are its mores. These may include its morals (ethics), but the word “mores” is not synonymous with “morals.” Some eels are morays, but they aren’t known particularly for their social customs, though both words are pronounced the same.
Posted by Tom at 12:00 AM No comments:

finalize/finish, put into final form
“Finalize” is very popular among bureaucrats, but many people hate it. Avoid it unless you know that everyone in your environment uses it too.

comprised of/composed of
Although “comprise” is used primarily to mean “to include,” it is also often stretched to mean “is made up of”—a meaning that some critics object to. The most cautious route is to avoid using “of” after any form of “comprise” and substitute “is composed of” in sentences like this: “Jimmy’s paper on Marxism was composed entirely of sentences copied off the Marx Brothers Home Page.”

There’s a lot of disagreement about the proper use of “comprise,” but most authorities agree that the whole comprises the parts: “Our pets comprise one dog, two cats, and a turtle.” The whole comes first, then “comprise” followed by the parts. But there’s so much confusion surrounding the usage of this word that it may be better to avoid it altogether.
Posted by Tom at 12:00 AM No comments:

intense/intensive
If you are putting forth an intense effort, your work is “intense”: “My intense study of Plato convinced me that I would make a good leader.” But when the intensity stems not so much from your effort as it does from outside forces, the usual word is “intensive”: “The village endured intensive bombing.”

ceremonial/ceremonious
“Ceremonial” and “ceremonious” are often considered synonyms, and can indeed be used interchangeably in many contexts. But there are some cases in which one is better than the other.

“Ceremonious” is mostly used to describe formal behavior which often has little or no connection with a literal ceremony: “ceremonious manners,” “ceremonious welcome,” or “ceremonious speech.”

cannot/can notThese two spellings are largely interchangeable, but by far the most common is “cannot”; and you should probably use it except when you want to be emphatic: “No, you can not wash the dog in the Maytag.”

“Amoral” is a rather technical word meaning “unrelated to morality.” When you mean to denounce someone’s behavior, call it “immoral.”

“I can’t remember the title of the book we were supposed to read, let alone the details of the story.” In sentences like these you give a lesser example of something first, followed by “let alone” and then the greater example. But people often get this backwards, and put the greater example first.

Another common expression which follows the same pattern uses “never mind,” as in “I can’t afford to build a tool shed, never mind a new house.” 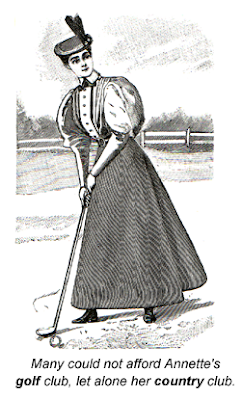 To ravage is to pillage, sack, or devastate. The only time “ravaging” is properly used is in phrases like “When the pirates had finished ravaging the town, they turned to ravishing the women.” Which brings us to “ravish”: meaning to rape or rob violently. A trailer court can be ravaged by a storm (nothing is stolen, but a lot of damage is done), but not ravished. The crown jewels of Ruritania can be ravished (stolen using violence) without being ravaged (damaged).

How ya doin' this Valentine's Day? Paul Brians' latest blog post explores this ubiquitous greeting.
Posted by Tom at 12:00 AM No comments:

l/1
People who learned to type in the pre-computer era sometimes type a lower-case letter “l” when they need a number “1.” Depending on the font being used, these may look interchangeable, but there are usually subtle differences between the two. For instance, the top of a letter “l” is usually flat, whereas the top of a number “1” often slopes down to the left. If your writing is to be reproduced electronically or in print, it’s important to hit that number key at the top left of your keyboard to produce a true number 1.

This is one of those cases where it is important to remember that possessive pronouns never take apostrophes, even though possessive nouns do. “Who’s” always and forever means only “who is,” as in “Who’s that guy with the droopy mustache?” or “who has,” as in “Who’s been eating my porridge?” “Whose” is the possessive form of “who” and is used as follows: “Whose dirty socks are these on the breakfast table?”

You may hear someone say things like “the yeast is somewheres in the baking aisle.” The spelling “somewheres” is not standard; use “somewhere” instead.

Just as you can love someone from the bottom of your heart, you can also experience a sensation of dread in the pit (bottom) of your stomach. I don’t know whether people who mangle this common expression into “pit in my stomach” envision an ulcer, an irritating peach pit they’ve swallowed or are thinking of the pyloric sphincter; but they’ve got it wrong.

Protestants often refer incorrectly to “the Catholic religion.” Catholicism is a faith or a church. (Only Protestants belong to “denominations.”) Both Catholics and Protestants follow the Christian religion.

Originally these words were pretty much interchangeable, but “hanged” eventually came to be used pretty exclusively to mean “executed by hanging.” Does nervousness about the existence of an indelicate adjectival form of the word prompt people to avoid the correct word in such sentences as “Lady Wrothley saw to it that her ancestors’ portraits were properly hung”? Nevertheless, “hung” is correct except when capital punishment is being imposed or someone commits suicide. 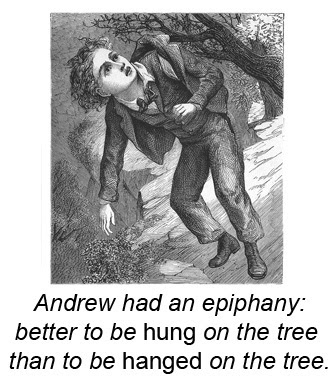 Popular usage frequently converts brand names into generic ones, with the generic name falling into disuse. Few people call gelatin dessert mix anything other than “Jell-O,” which helps to explain why it’s hard to find Nabisco’s Royal Gelatin on the grocery shelves. All facial tissues are “Kleenex” to the masses, all photocopies “Xeroxes.” Such commercial fame is, however, a two-edged sword: sales may be lost as well as gained from such over-familiarity. Few people care whether their “Frisbee” is the genuine Wham-O brand original or an imitation. Some of these terms lack staying power: “Hoover” used to be synonymous with “vacuum cleaner,” and the brand name was even transmuted into a verb: “to hoover” (these uses are still common in the UK). Most of the time this sort of thing is fairly harmless, but if you are a motel operator offering a different brand of whirlpool bath in your rooms, better not call it a “Jacuzzi.”

“Nowheres” is a common dialectical variant. In standard English the word is “nowhere.”

emergent/emergency
The error of considering “emergent” to be the adjectival form of “emergency” is common only in medical writing, but it is becoming widespread. “Emergent” properly means “emerging” and normally refers to events that are just beginning—barely noticeable rather than catastrophic. “Emergency” is an adjective as well as a noun, so rather than writing “emergent care,” use the homely “emergency care.”

If you vomit, you retch; if you behave in a wretched manner or fall into wretched circumstances, you are a wretch.

___________
Does Newt Gingrich know the difference? A blog post from a few years ago raises the question..

reply back/reply
“Reply back” is redundant because “reply” already conveys the idea of getting back to someone. The same is true of “answer back” except in the rather old-fashioned use of the phrase to describe the behavior of a lippy kid rudely refusing to submit to the wishes of parents or teachers.

Email ThisBlogThis!Share to TwitterShare to FacebookShare to Pinterest
Labels: Redundancies

Few people pronounce the first R in “February” distinctly, so it is not surprising that it is often omitted in spelling. This poor month is short on days; don’t further impoverish it by robbing it of one of its letters.
Posted by Tom at 12:00 AM No comments: