deja vu
In French déjà vu means literally “already seen” and usually refers to something excessively familiar. However, the phrase—sans accent marks—was introduced into English mainly as a psychological term indicating the sensation one experiences when feeling that something has been experienced before when this is in fact not the case. If you feel strongly that you have been previously in a place where you know you have never before been, you are experiencing a sensation of deja vu. English usage is rapidly sliding back toward the French meaning, confusing listeners who expect the phrase to refer to a false sensation rather than a factual familiarity, as in “Congress is in session and talking about campaign finance reform, creating a sense of deja vu.” In this relatively new sense, the phrase has the same associations as the colloquial “same old same old” (increasingly often misspelled “sameo sameo” by illiterates). A common misspelling by those who know a little French is “deja vous.”

Baseball player Yogi Berra famously mangled this expression in his redundant statement, “It’s like deja vu all over again.” Over the ensuing decades clever writers would allude to this blunder in their prose by repeating the phrase “deja vu all over again,” assuming that their readers would catch the allusion and share a chuckle with them. Unfortunately, recently the phrase has been worn to a frazzle and become all but substituted for the original, so that not only has it become a very tired joke indeed—a whole generation has grown up thinking that Berra’s malapropism is the correct form of the expression. Give it a rest, folks! 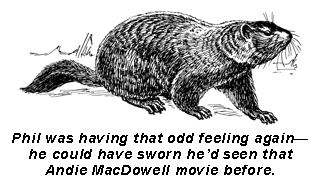