snuck/sneaked
In American English “snuck” has become increasingly common as the past tense of “sneak.” This is one of many cases in which people’s humorously self-conscious use of dialect has influenced others to adopt it as standard and it is now often seen even in sophisticated writing in the US. But it is safer to use the traditional form: “sneaked.” 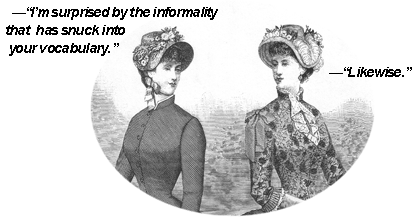