could care less/could not care less: Common Errors in English Usage Entry for Monday, May 18, 2015

could care less/could not care less
Clichés are especially prone to scrambling because they become meaningless through overuse. In this case an expression that originally meant “it would be impossible for me to care less than I do because I do not care at all” is rendered senseless by being transformed into the now-common “I could care less.” Think about it: if you could care less, that means you care some. The original already drips sarcasm, so it’s pointless to argue that the newer version is ironic. People who misuse this phrase are just being careless. 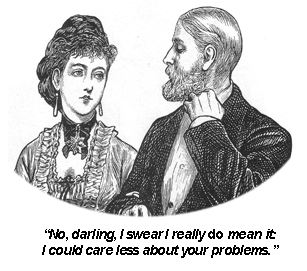