This Latin phrase comes from a term in logic, the argumentum ad nauseam, in which debaters wear out the opposition by just repeating arguments until they get sick of the whole thing and give in. 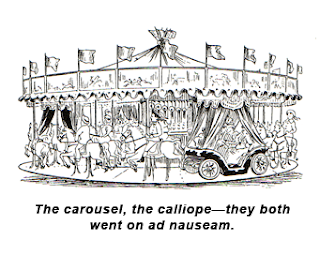