music/singing
After my wife—an accomplished soprano—reported indignantly that a friend of hers had stated that her church had “no music, only singing,” I began to notice the same tendency among my students to equate music strictly with instrumental music. I was told by one that “the singing interfered with the music” (i.e., the accompaniment). In the classical realm most listeners seem to prefer instrumental to vocal performances, which is odd given the distinct unpopularity of strictly instrumental popular music. People rejoice at the sound of choral works at Christmas but seldom seek them out at other times of the year. Serious music lovers rightly object to the linguistic sloppiness that denies the label “music” to works by such composers as Palestrina, Schubert, and Verdi. From the Middle Ages to the late 18th century, vocal music reigned supreme, and instrumentalists strove to achieve the prized compliment of “sounding like the human voice.” The dominance of orchestral works is a comparatively recent phenomenon.

In contrast, my students often call instrumental works “songs,” being unfamiliar with the terms “composition” and “piece.” All singing is music, but not all music is singing. 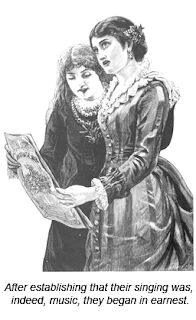 ___________
This week on the podcast we present Paul Brians’ reading from his blog post “Let’s Talk Turkey” and a discussion of lots of other place names.