job titles
The general rule is to capitalize a title like “President” only when it is prefixed to a particular president’s name: “It is notable that President Grover Cleveland was the first Democratic president elected after the Civil War.” Similar patterns apply for titles like “principal,” “senator,” “supervisor,” etc.

But often the American president’s title is used as a sort of substitute for his name, and routinely capitalized despite the objections of some style manuals: “The President pardoned the White House Thanksgiving turkey yesterday.” And the British would never write anything other than “The Queen ate strawberries in the Royal Enclosure.” The Pope is also usually referred to with a capital P when the specific individual is meant: “The Pope announced that he will visit Andorra next month.” Following these common patterns is not likely to get you in trouble unless your editor has adopted a contrary rule.

If no specific individual is meant, then definitely use lower case: “We need to elect a homecoming queen”; “The next president will inherit a terrible budget deficit.” 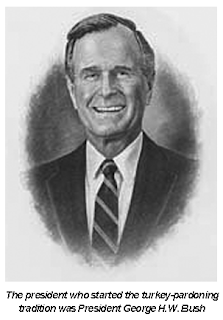 Happy Thanksgiving! This week on the podcast we present Paul Brians’ reading from his blog post “Let’s Talk Turkey” and a discussion of lots of other place names.