troop/troupe
A group of performers is a troupe. Any other group of people, military or otherwise, is a troop. A police officer, member of a mounted military group or similar person is a trooper, but a gung-ho worker is a real trouper.

Troops are normally groups, despite the current vogue among journalists of saying things like “two troops were wounded in the battle” when they mean “two soldiers.” “Two troops” would be two groups of soldiers, not two individuals.

The popularity of this use of “troop” is encouraged by the fact that the various branches of the US military services insist that only members of the Army should be called “soldiers.” Marines, Air Force personnel, and Navy sailors all object to being called “soldiers” but there is no other traditional generic term for an unknown military person. When the branch of the service is known the writer would do better to refer to an individual by the appropriate branch label. “Troops” is more justifiable when referring to a mixed group—say, of Marines and Army personnel: “the President ordered 15,000 more troops into the region.” 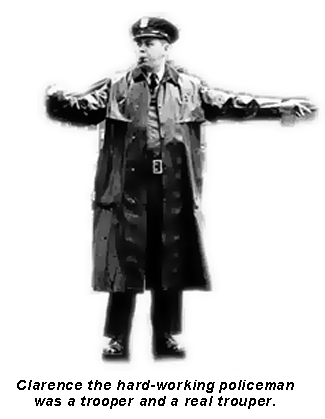