like/as if
Since the 1950s, when it was especially associated with hipsters, “like” as a sort of meaningless verbal hiccup has been common in speech. The earliest uses had a sort of sense to them in which “like” introduced feelings or perceptions which were then specified: “When I learned my poem had been rejected I was, like, devastated.” However, “like” quickly migrated elsewhere in sentences: “I was like, just going down the road, when, like, I saw this cop, like, hiding behind the billboard.” This habit has spread throughout American society, affecting people of all ages. Those who have the irritating “like” habit are usually unaware of it, even if they use it once or twice in every sentence: but if your job involves much speaking with others, it’s a habit worth breaking.

Recently young people have extended its uses by using “like” to introduce thoughts and speeches: “When he tells me his car broke down on the way to my party I’m like, ‘I know you were with Cheryl because she told me so.’” To be reacted to as a grown-up, avoid this pattern.

Some stodgy conservatives still object to the use of “like” to mean “as,” “as though,” or “as if.” Examples: “Treat other people like you want them to treat you” (they prefer “as you would want them to treat you”). “She treats her dog like a baby” (they prefer “she treats her dog as if it were a baby”). In expressions where the verb is implied rather than expressed, “like” is standard rather than “as”: “she took to gymnastics like a duck to water.”

In informal contexts, “like” often sounds more natural than “as if,” especially with verbs involving perception, like “look,” “feel,” “sound,” “seem,” or “taste”: “It looks like it’s getting ready to rain” or “It feels like spring.”

So nervous do some people get about “like” that they try to avoid it even in its core meaning of “such as”: “ice cream flavors like vanilla and strawberry always sell well” (they prefer “such as vanilla . . .”). The most fanatical even avoid “like” where it is definitely standard, in such phrases as “behaved like a slob” (“behaved as a slob” is their odd preference). 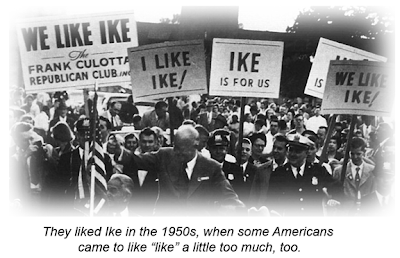