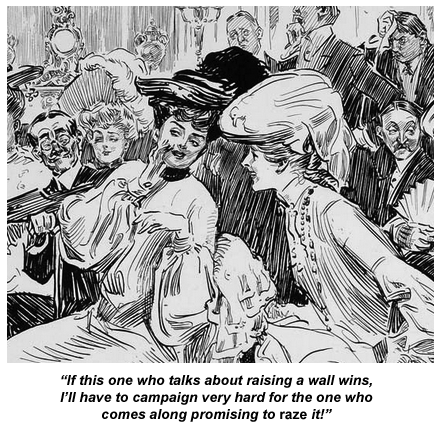 Two recent blog posts by Paul Brians address “rails and walls” and an interesting fact about a suffix in two forms.

We bid farewell to the podcast some time ago, but several episodes, starting with Episode 105: Government and Politics—More Than Just Words, covered the language of politics.
Posted by Tom at 12:00 AM