This Week: Even more non-errors on the podcast + beginning of time

beginning of time
Stephen Hawking writes about the beginning of time, but few other people do. People who write “from the beginning of time” or “since time began” are usually being lazy. Their grasp of history is vague, so they resort to these broad, sweeping phrases. Almost never is this usage literally accurate: people have not fallen in love since time began, for instance, because people arrived relatively late on the scene in the cosmic scheme of things. When I visited Ferrara several years ago I was interested to see that the whole population of the old city seemed to use bicycles for transportation, cars being banned from the central area. I asked how long this had been the custom and was told “We’ve ridden bicycles for centuries.” Since the bicycle was invented only in the 1890s, I strongly doubted this (no, Leonardo da Vinci did not invent the bicycle—he just drew a picture of what one might look like—and some people think that picture is a modern forgery). If you really don’t know the appropriate period from which your subject dates, you could substitute a less silly but still vague phrase such as “for many years,” or “for centuries”; but it’s better simply to avoid historical statements if you don’t know your history. 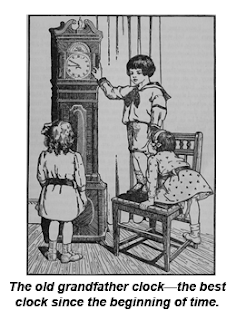 This week on the podcast we discuss even more non-errors.