This week: cut of tea/cup of tea + New Podcast Episode on the Language of 2001: A Space Odyssey

Is this mistake influenced by the expression “the cut of his jib” or is it just a goofy typo? 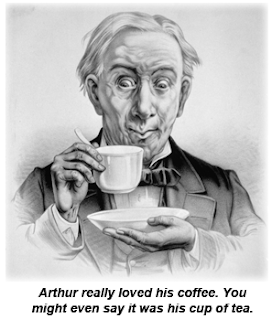 While everyone is Ziggying and discussing “A Space Oddity,” this week on the podcast we are zaggying and talking about the language of Stanley Kubrick’s famous movie whose title served as inspiration for David Bowie.
Posted by Tom at 12:00 AM