In fact the people who use “edge” in this way have both logic and history on their side. The oldest spelling of this verb meaning “incite” is “egge” pronounced “edge,” and the spellings “edge” and “egg” coexisted for a long time before “egg” edged out its rival. Now, however, saying someone is edged on to do something is likely to be regarded as a mistake. 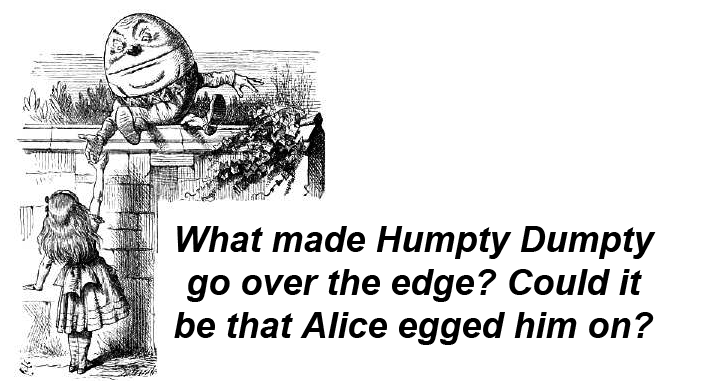