directions
Compass points like “north,” “east,” “south,” and “west” are not capitalized when they are mere directions: the geese fly south for the winter and the sun sets in the west.

Capitalize these words only in the names of specific places identifiable on a map: Alabama is in the Deep South (the region which includes the Southern States) and Santa Claus lives at the North Pole.

The same pattern holds for the adjectival forms. It’s a southern exposure, but Southern hospitality. Note that “The Westward Movement” (now often called the “Westward Expansion”) refers to a specific series of migrations toward a specific region in the western part of the US. 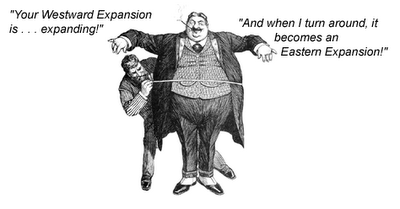