beyond the pail/beyond the pale
A pale is originally a stake of the kind which might make up a palisade, or enclosure. The uncontrolled territory outside was then “beyond the pale.” The expression “beyond the pale” came to mean “bizarre, beyond proper limits”; but people who don’t understand the phrase often alter the last word to “pail.”

The area of Ireland called “the Pale” inside the Dublin region formerly controlled by the English is often said to have been the inspiration for this expression, but many authorities challenge that explanation. 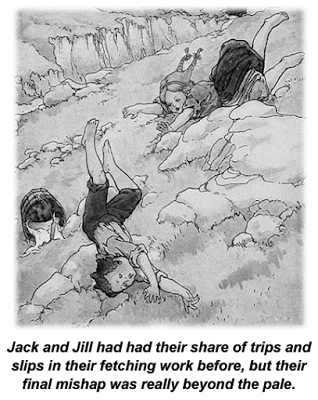 We bid farewell to the podcast some time ago, but you may still listen to all the episodes you may have missed.
Posted by Tom at 12:00 AM