This Week: A podcast discussion on "theory" and scientific method + satellite

satellite
Originally a satellite was a follower. Astronomers applied the term to smaller bodies orbiting about planets, like our moon. Then we began launching artificial satellites. Since few people were familiar with the term in its technical meaning, the adjective “artificial” was quickly dropped in popular usage. So far so bad. Then television began to be broadcast via satellite. Much if not all television now wends its way through a satellite at some point, but in the popular imagination only broadcasts received at the viewing site via a dish antenna aimed at a satellite qualify to be called “satellite television.” Thus we see motel signs boasting:

People say things like, “The fight’s going to be shown on satellite.” The word has become a pathetic fragment of its former self. The technologically literate speaker will avoid these slovenly abbreviations. 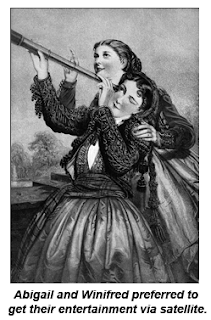 This week on the podcast it’s “The Everything of ‘Theory.’”
Posted by Tom at 12:00 AM No comments:

This Week: Eggcorns on the podcast (with special guest Geoffrey Pullum) + wail/whale and bonus "eggcorn" cartoons

wail/whale
One informal meaning of “whale” is “to beat.” Huck Finn says of Pap that “He used to always whale me when he was sober.”

Although the vocalist in a band may wail a song, the drummer whales on the drums; and lead guitarists when they thrash their instruments wildly whale on them.

Although this usage dates back to the 18th century and used to be common in Britain and America, it is now confined mostly to the US, and even there people often mistakenly use “wail” for this meaning. 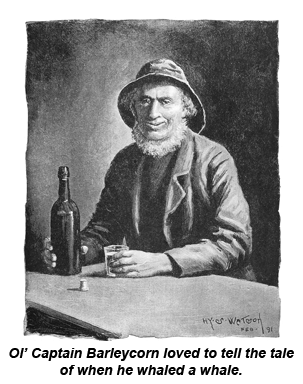 This week on the podcast we have a visit from Geoffrey Pullum and discuss eggcorns. 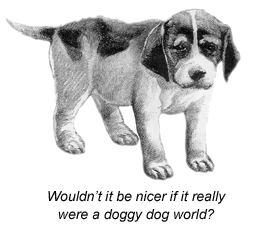 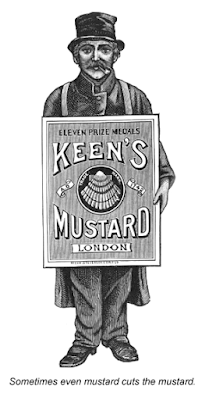 This Week: More technology terms worth knowing on the podcast + LISTSERV

LISTSERV
“LISTSERV” is the brand name of one kind of electronic mail-handling software for distributing messages to a list of subscribers. Other common brand names are “Majordomo” and “Listproc.” You can subscribe to the poodle-fluffing list, but not the LISTSERV. People at my university, where only Mailman was used, often (and erroneously) referred to themselves as managers of “listservs.” English teachers are frequently tripped up when typing “listserv” as part of a computer command; they naturally want to append an E on the end of the word. According to L-Soft, the manufacturer of LISTSERV, the name of its software should be set in all capital letters. See the LISTSERV Web site for details. 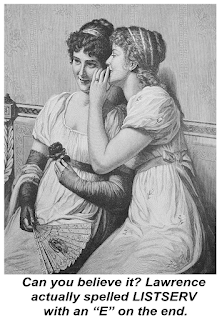 This week on the podcast we talk about more technology terms worth knowing.
Posted by Tom at 12:00 AM 1 comment:

This Week: Technology terms worth knowing on the podcast + surfing the Internet

surfing the Internet
“Channel-surfing” developed as an ironic term to denote the very unathletic activity of randomly changing channels on a television set with a remote control. Its only similarity to surfboarding on real surf has to do with the aesthetic of “going with the flow.” The Internet could be a fearsomely difficult place to navigate until the World Wide Web was invented; casual clicking on Web links was naturally quickly compared to channel-surfing, so the expression “surfing the Web” was a natural extension of the earlier expression. But the Web is only one aspect of the Internet, and you label yourself as terminally uncool if you say “surfing the Internet.” (Cool people say “Net” anyway.) It makes no sense to refer to targeted, purposeful searches for information as “surfing”; for that reason I call my classes on Internet research techniques “scuba-diving the Internet.” 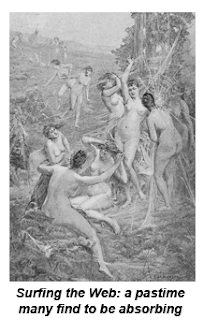 This week on the podcast we talk about technology terms worth knowing.
Posted by Tom at 12:00 AM No comments: