chai tea/chai
Chai is simply the word for “tea” in Hindi and several other Asian languages. Indians often brew their tea with lots of milk and spices (called masala—they call this drink masala chai); and that’s what most people in the West know as “chai.” Since everyone likely to be attracted by the word “chai” already knows it’s a tea-based drink, it’s both redundant and pointless to call the product “chai tea.”

This week on the podcast we conclude our discussion of food-related terms: “What’s on the Menu? (Part 3).” Bon appétit!
Posted by Tom at 12:00 AM No comments:

This Week: bon a petite/bon appétit + more food-related terms on the podcast

bon a petite/bon appétit
The traditional French phrase to utter when you serve the food is bon appétit: “good appetite” (and pronounced “bone ah-puh-TEE”). It implies “may you enjoy your food with a good appetite.” (For some reason I think this is fine but get irritated when a waiter tells me “enjoy!”) 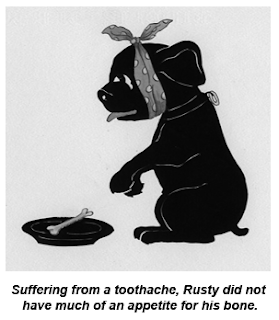 This week on the podcast we pick up from last week and discuss more food-related terms: “What’s on the Menu? (Part 2).” Bon appétit!
Posted by Tom at 12:00 AM No comments:

Email ThisBlogThis!Share to TwitterShare to FacebookShare to Pinterest
Labels: Of Foreign Origin, Pronunciation, Spelling and Style

This Week: bologna/baloney + other food-related terms on the podcast 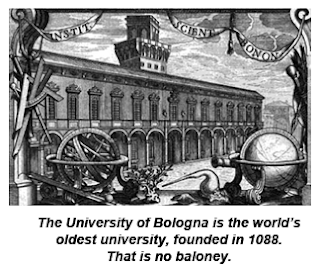 This week on the podcast we discuss this entry and several other food-related terms: “What’s on the Menu? (Part 1).” It’s not a bunch of baloney.
Posted by Tom at 12:00 AM No comments:

This Week: Canadian geese/Canada geese + "Star Wars" on the podcast

Canadian geese/Canada geese
“Canadian geese” would be any old geese that happen to be in Canada. What people usually mean to refer to when they use this phrase is the specific species properly called “Canada geese.” 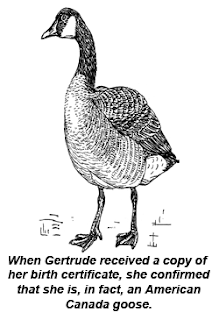 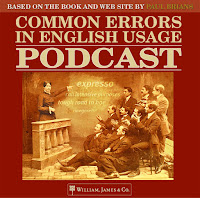 This week on the podcast it’s more sci-fi movie talk with “Star Wars.”
Posted by Tom at 12:00 AM No comments: