everytime/every time
“Every time” is always two separate words.
Posted by Tom at 12:00 AM No comments:

portentious/portentous
People being pretentious get confused about “portentous,” which is related to “portents”—omens.
Posted by Tom at 12:00 AM No comments:

touch bases/touch base
Although in baseball a home-run hitter has to touch all four bases while whizzing past, when you propose to linger with someone long enough to compare notes you do all your chatting at a single base. The expression is “let’s touch base.”

stress on/feel stress
“Stress on” is commonly misused to mean “to experience stress” as in “I’m stressing on the term paper I have to do.” Still informal, but better, is “I’m stressed about. . . .” In a more formal context you could express the same idea by saying “I’m anxious about. . . .”

It is perfectly fine, however, to say that you place stress on something, with “stress” being a noun rather than a verb.

thanks God/thank God
I suppose if you wanted to express your gratitude directly to the deity you might appropriately say “Thanks, God, for helping our team win the big game.” More appropriate is something more formal, like “Thank you, God.” In any case, the general expression when it’s not specifically meant as a prayer is not “thanks God,” but “thank God.” Not “Thanks God Emily hit a homer in this last inning,” but “thank God“ she did.
Posted by Tom at 12:00 AM No comments:

return back/return
“Return back” is a redundancy. Use just “return,” unless you mean to say instead “turn back.”

Email ThisBlogThis!Share to TwitterShare to FacebookShare to Pinterest
Labels: Redundancies

_____________
Paul Brians' latest blog post gives the literary background to an example sentence in his "bounce/bounds" entry. Added bonus: You can follow Paul's link to learn all about spelunking.
Posted by Tom at 12:00 AM No comments:

wreckless/reckless
This word has nothing to do with creating the potential for a wreck. Rather it involves not reckoning carefully all the hazards involved in an action. The correct spelling is therefore “reckless.” 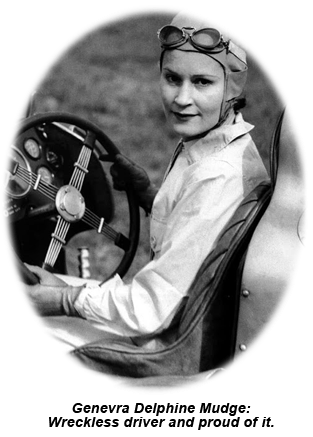 The expression “toe the line” means something rather different. It describes toes obediently and conscientiously lined up for review, military style. It refers to situations in which you are trying to be very careful to follow the rules, do precisely the right thing. Strict parents make their children toe the line.

It does not involve the emphasis on alternatives referred to by the other expressions. Envision yourself standing in front of a line like the starting line for a race. Such a line need not be particularly fine. What is emphasized here is the straightness of the line. But many people confuse “tread a fine line” with “toe the line” and use the mangled expression “toe a fine line.”

bemuse/amuse
When you bemuse someone, you confuse them, and not necessarily in an entertaining way. Don’t confuse this word with “amuse.” 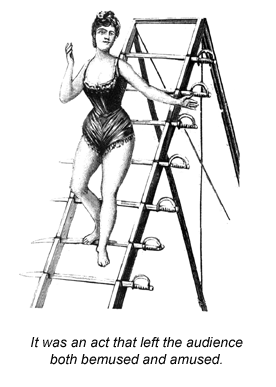 all ready/already
“All ready” is a phrase meaning “completely prepared,” as in, “As soon as I put my coat on, I’ll be all ready.” “Already,” however, is an adverb used to describe something that has happened before a certain time, as in, “What do you mean you’d rather stay home? I’ve already got my coat on.”
Posted by Tom at 12:00 AM No comments:

subject to/subjected to
“I was told I could board the airplane subject to a security scan.”

“At the airport I was subjected to a humiliating search.”

Does it help you to distinguish between these expressions to know that “subject” in the first example is an adverb and “subjected” in the second example is a verb? Didn’t think so.

Although these two expressions can sometimes be switched with only a slight change in meaning, they are not equivalent. To be subjected to some sort of treatment is to actually be treated in that way, usually in an objectionable way.

But to be subject to a regulation, to taxes, to discussion, to inspection, to any sort of condition, is to be liable to it. In some contexts, the conditional action is mandatory: “Shipment will be made subject to approval of your charge card.” In others, the conditional action may be theoretical, not uniformly enforced: “This Web page is subject to change.” Many people mistakenly use “subjected to” in this sort of context.
Posted by Tom at 12:00 AM No comments:

gauge/gouge
“Gauge” is an unusual spelling in English, and the word frequently gets misspelled. Your spelling-checker will catch “gague” (believe it!), but won’t catch “gouge,” which occurs more often than you might think. It’s pretty easy to find a “tire pressure gouge” for sale on the Web. If the word you want has an A sound in it, the spelling you want is “gauge.”
Posted by Tom at 12:00 AM No comments:

If this doesn’t help, you can try a couple of simple tests. If you are clear about the difference between “I” and “me,” try making your sentence singular. “We” becomes “I” in the singular and “us” becomes “me.”

zoology
Both O’s in “zoo” are needed to create the “oo” sound in this word; but the same is not true of words like “zoology” and “zoologist.” Here each O has its own sound: “oh” followed by “ah.” The first two syllables rhyme with “boa.”

Then there is a whole class of technical words like “zooplankton” where both O’s are pronounced “oh,” though the second “oh” is pronounced so weakly it comes out more like “uh.” But if you need to speak such words, you probably know how to pronounce them already. 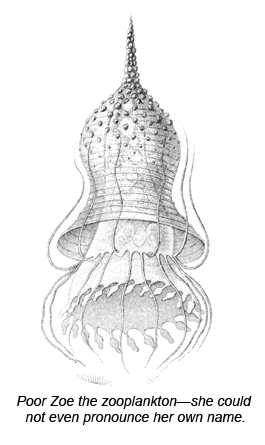 sacred/scared
This is one of those silly typos which your spelling checker won’t catch: gods are sacred, the damned in Hell are scared. 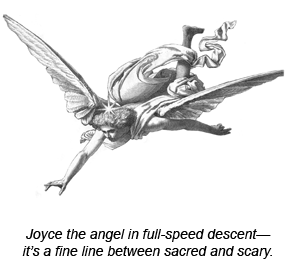 weiner/wiener
The Vienna sausage from the city the Austrians call Wien inspired the American hot dog, or wiener. Americans aren’t used to the European pronunciation of IE as “ee” and often misspell the word as “weiner.”
Posted by Tom at 12:00 AM No comments: 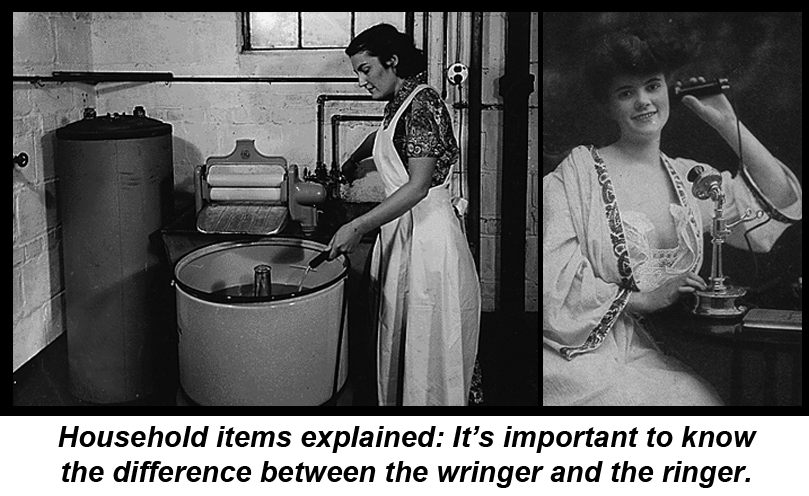 discretion is the better part of valor: The Weekend Edition—Common Errors in English Usage Entry for Friday–Sunday, April 4–6, 2014

discretion is the better part of valor
In Shakespeare’s Henry IV, Part I when Prince Hal finds the cowardly Falstaff pretending to be dead on the battlefield, the prince assumes he has been killed. After the prince leaves the stage, Falstaff rationalizes “The better part of Valour, is Discretion; in the which better part, I haue saued my life” (spelling and punctuation from the First Folio, Act 5, Scene 3, lines 3085–3086).

Falstaff is saying that the best part of courage is caution, which we are to take as a joke. Truly courageous people may be cautious, but caution is not the most important characteristic of courage.

This passage is loosely alluded to in the saying “discretion is the better part of valor,” which is usually taken to mean that caution is better than rash courage or that discretion is the best kind of courage. Only Shakespeare scholars are likely to be annoyed by this usage.

However, those who take “discretion” in this context to mean the quality of being discreet—cautiously quiet—are more likely to annoy their readers.

Much more of a problem are misspellings like “descretion,” “disgression,” “digression,” and “desecration.” Unless you are deliberately punning, stick with “discretion.”

just so happens/just happen
Traditionally the expression “just so happens” is used only with the subject “it,” with the word “so” providing emphasis: “Thank you for inviting me to your softball game, but it just so happens to be on the same date as my wedding, as you very well know since you are supposed to be my best man.” Expressions such as the following are popular but non-traditional: “I just so happen,” “she just so happens,” “they just so happen,” etc. In each of these cases, the “so” should be omitted.
Posted by Tom at 12:00 AM No comments:

acapella, a capella/a cappella
In referring to singing unaccompanied by instruments, the traditional spelling is the Italian one, a cappella: two words, two Ps, two Ls. The Latin spelling a capella is learned, but in the realm of musical terminology, we usually stick with Italian. The one-word spelling “acapella” is widely used by Americans, including by some performing groups, but musical experts generally regard this as an error.
Posted by Tom at 12:00 AM No comments:

blonde/blond
Few people will care which spelling you use, but there are some interesting points to observe about “blonde” and “blond.”

In the original French and in traditional English usage, “blonde” is female and “blond” is male: it’s “a blonde woman” and “a blond man.”

Hair itself has no gender in English, but we usually use the female spelling in the phrase “blonde hair.” Similarly, furniture made of light-colored wood is most often referred to as “blonde.”

When someone is referred to as “a blonde” we almost always think of a woman, even if the spelling used is “a blond.” Feminists point out that typically only women are reduced to their hair color in this way, and that it can be offensive. Note that there is a whole category of “blonde jokes” stereotyping these women as air-headed. However, when the word refers specifically to hair color in a useful way, no one is likely to object: “She is a blonde with very light skin, so she has to use a lot of sunscreen.”

Oddly, we rarely use the French masculine spelling brunet. Anyone can have brunette hair, although “brunettes” like “blondes” are usually assumed to be women.