Earth/earth/Moon/moon
Soil is lower-case “earth.” And in most uses even the planet itself remains humbly in lower-case letters: “peace on earth.” But in astronomical contexts, the Earth comes into its own with a proud initial capital, and in science fiction it drops the introductory article and becomes “Earth,” just like Mars and Venus. A similar pattern applies to Earth’s satellite: “shine on, harvest moon,” but “from the Earth to the Moon.” Because other planets also have moons, it never loses its article. 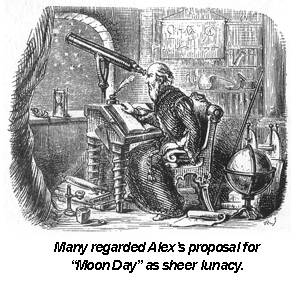 This is the ten-year anniversary of the Common Errors in English Usage calendar. To celebrate, we are bringing back some of our favorite interesting, funny, but sometimes merely silly entries through the years before going on hiatus in 2016.